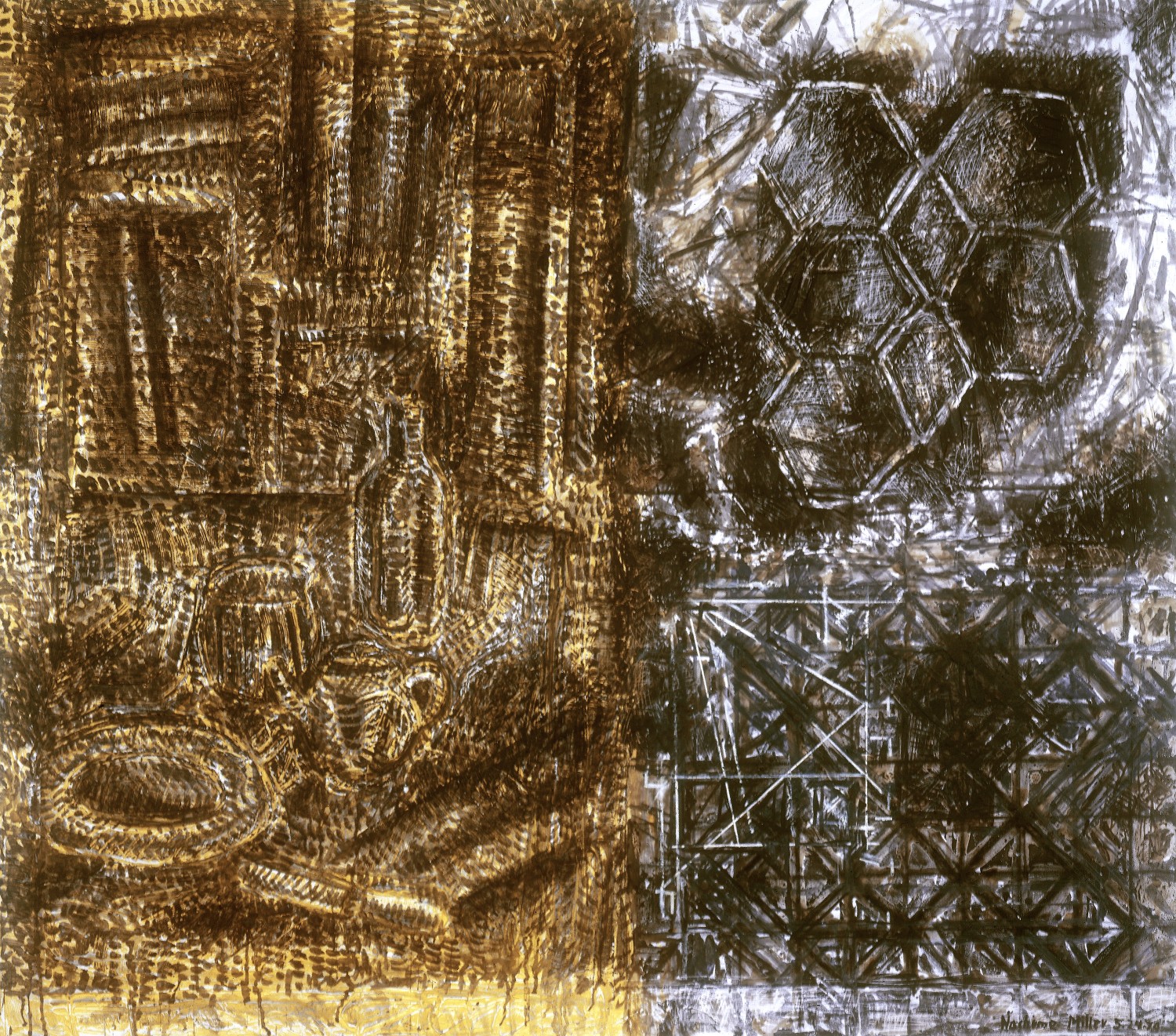 “I want to develop a very personal language so that everything I do will look like I did it, whether you call it a painting or a real object.”

After his earlier works, Nachume turns the page on three dimensions. The wall—paintings and drawings—now become primary. However, the idea of space, and the presence of the artist’s mind within it, is given a whole new treatment. In these pieces we see two-dimensional paintings portray three dimensions: images of rooms, studios, and paintings on the wall—seen through the haze of dreams. Nachume also illustrates roads, bridges, and tunnels, and places indoor scenes alongside outdoor ones. These methods of “transportation” suggest the route the artistic mind travels: departing the chambers of his interior thoughts to journey to other realms.