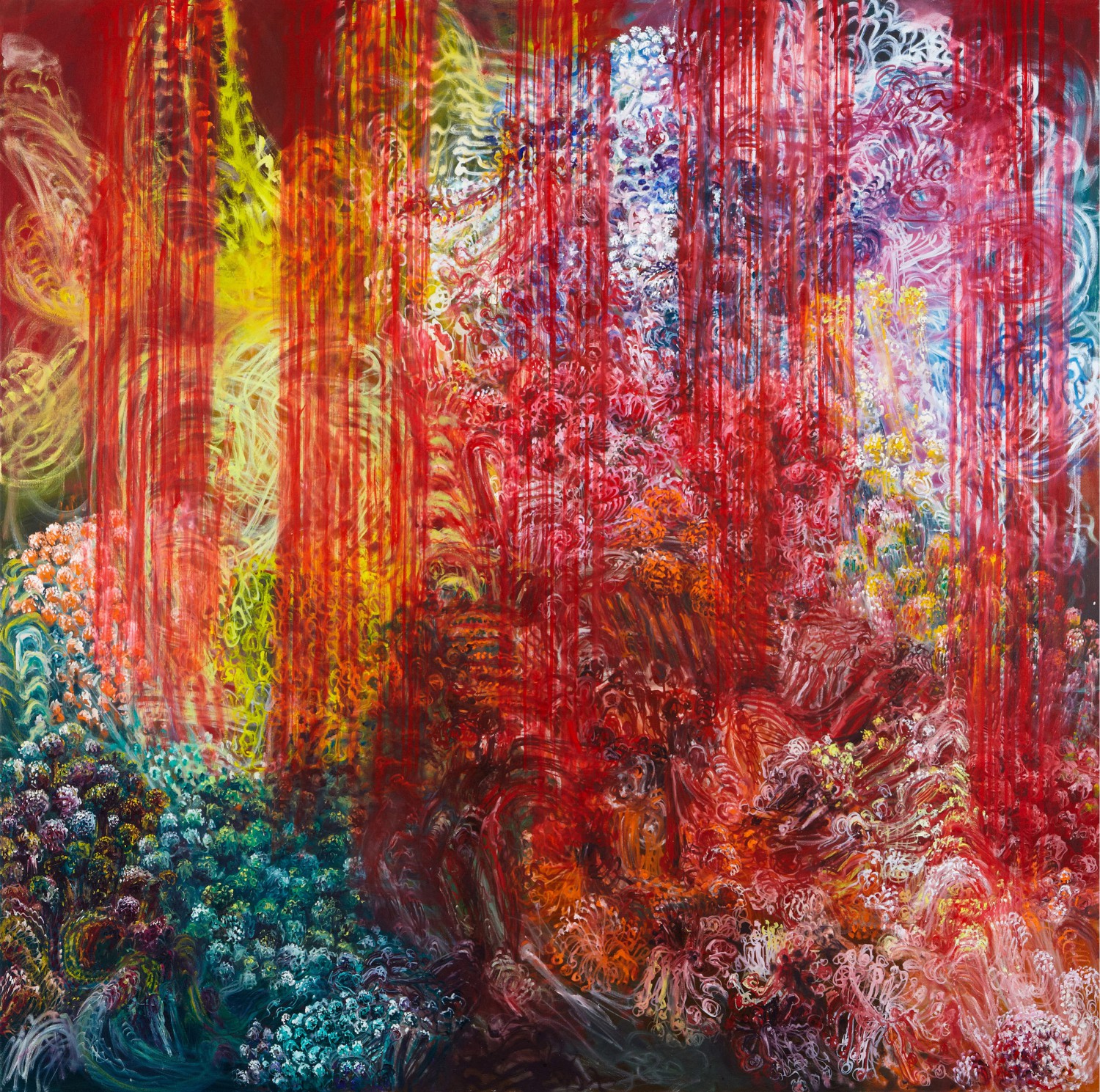 The Suns and Illusions series grips the elemental power of nature and its majesty while still holding its fragile mystery lightly in hand. The sun is the central force in these paintings, just as it is in nature. Like stained glass, these canvases contain its light. The painted forms suggest how the sun’s rays dispense over the earth: through clouds, under the water—beams as they play over the surface of landscapes.

Though many chapters after the Transcendentalist painters, and spoken in a patois that incorporates many other artistic languages, Nachume devotedly homages the natural landscape with the same respect they did, narrating its bold physicality while he stakes his own as the creator.

This series was created during Nachume’s battle with brain cancer, forged heroically between treatments in the hospital. Pulsating with vitality, these works celebrate the unknowable, creating a fractal pattern language to resound, behold it and be part of it with the fearless curiosity that defined his distinctive, courageous and multitudinous career.